A Joint Venture of Marriott Drilling and H Anger’s Söhne (Marriott-Anger) recently drilled the two geothermal wells at a site at United Downs, near Redruth, Cornwall for Geothermal Engineering Limited.

The first well was drilled to 5275 m (MD), 5057 m TVD into the underlying granite, a UK onshore depth record. The second well was drilled to a depth of 2393 m (MD). The objective of the United Downs project by Geothermal Engineering Limited is to demonstrate the potential for electric power production from what is called an ‘engineered geothermal system’. This will be the first in the UK. 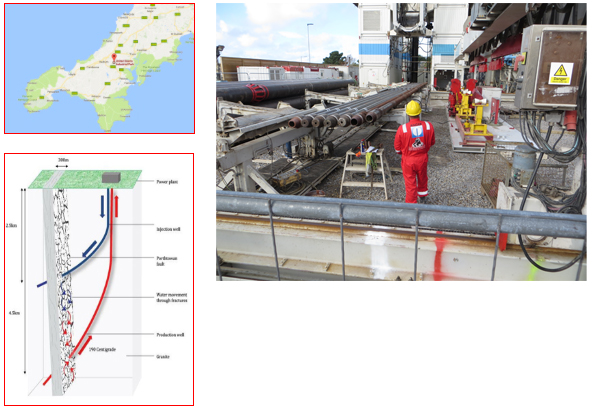 The geothermal gradient is typically about 37oC/km as against the normal for the UK of 25oC/km, The bottom hole temperature at 5000 m is of the order of  190oC to 200oC.

Details of the project can be seen on the information summary click here to find out more.

The first well is now the deepest well in terms of true vertical depth drilled in the UK. The previous deepest well was at Seal Sands, Teesside drilled in 1974-1975 for Monsanto (now INEOS) for chemical waste injection to a final measured depth of 4170 m having been side-tracked at 3934 m due to a loss of drilling tools in the well.

The geology at the site in in Cornwall is about 1250 m of what the locals call Killas (metamorphic slates – left photo) overlying coarse grained granite (right photo).

Drilling in these rock formations is hard and slow. Three previous wells for a geothermal research project were drilled in this area in the early 1980s, the deepest to 2801 m measured depth. The drilling rig provided by Anger was a Herrenknecht 418 mton rig (known as the Innova rig) built to an unusual design by Herrenknecht in Southern Germany. For information, Herrenknecht is the world’s largest tunnelling machine manufacturer and supplied eight tunnelling machines for Crossrail in London. The rig was mobilised from Helsinki, Finland where it has just completed another geothermal well drilled to 6400 m.

The rig was crewed by a team from both Anger and Marriott. Marriott also provided QHSE support and overall project management. 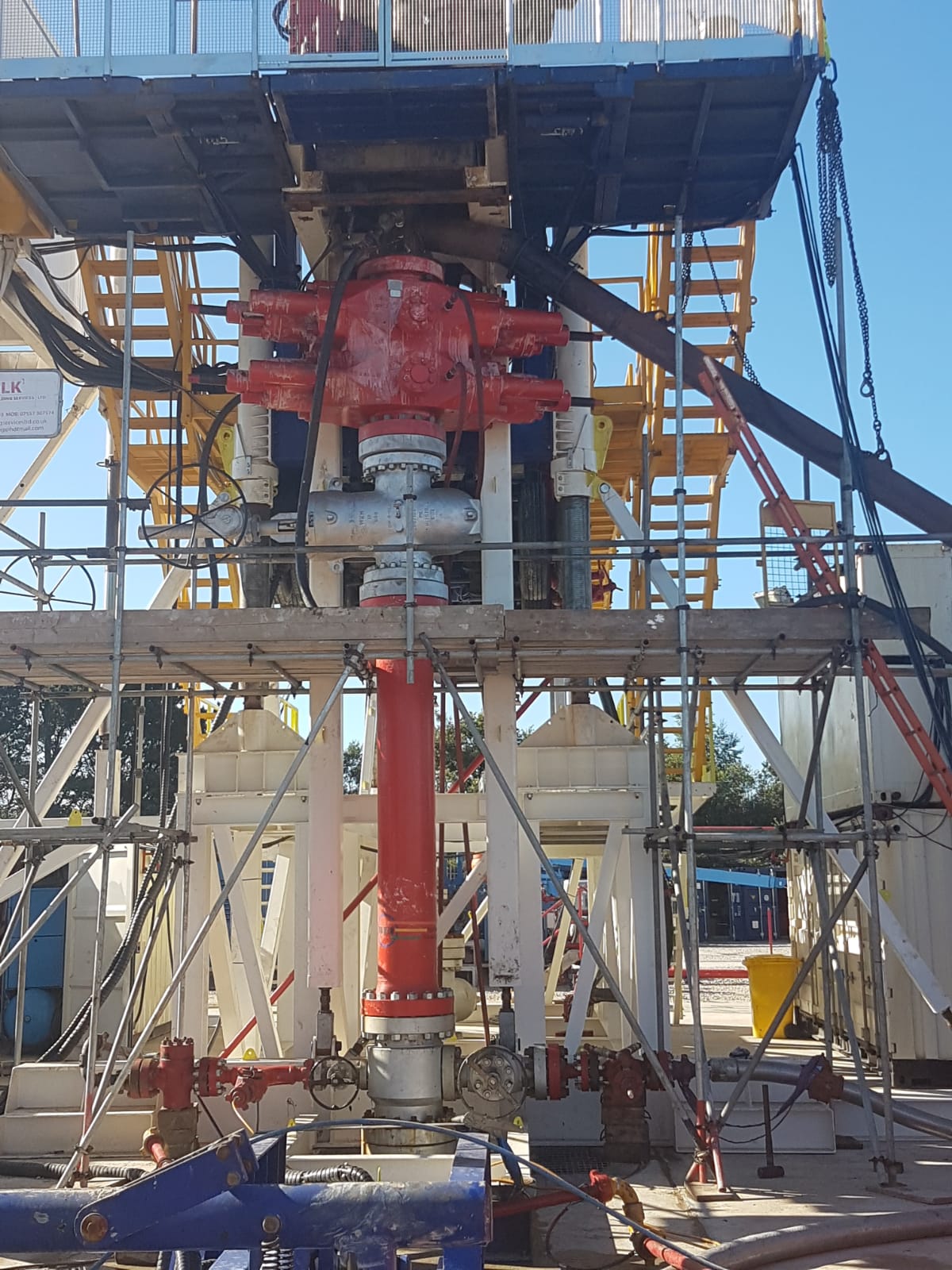 Marriott was also involved in the post drilling testing phase of the project.